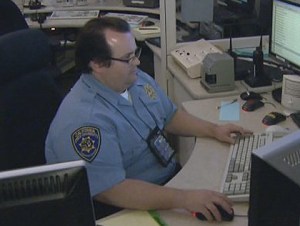 When faced with a tragedy like the one that hit Newtown, Conn., last week, it’s hard not to feel personally invested in it. However, CSUN police dispatcher Tom Cavanaugh didn’t let 3,000 miles between him and the town stop him from trying to cheer up its denizens with a seemingly small gesture—a cup of coffee. But where some see a $1.25 cup of joe, Cavanaugh saw a helping hand.

Cavanaugh called up the Newtown General Store and asked to buy 100 cups of coffee for anyone there. The idea for the gesture, he told NBC News 4, comes from his last Sicilian mother, who gave him advice when trying to comfort those facing tragedy.

“She said, ‘When someone’s in mourning, they lose somebody important, you send prayers and food,’” Cavanaugh—a native of New Jersey—said. “I couldn’t afford to buy them all breakfast, so I asked how much was a cup of coffee and they (said) a buck twenty-five.” So the dispatcher put it all on his credit card, and soon he found out that the gesture was beginning to pay forward.

“Hopefully this picked up someone’s spirits for a couple of seconds and showed someone cares,” Cavanaugh said.

For more: CSUN Dispatcher Buys 100 Cups of Coffee for Newtown, Inspires Others to Pay it Forward (NBC 4)