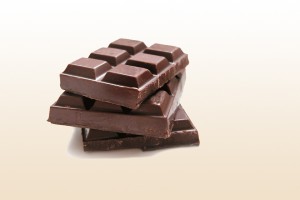 Fair trade goods – products from farmers overseas that, when bought, promote sustainability in the seller’s region – have a huge audience in the United States. Grocery stores have begun stocking up on fair trade items like coffee, cocoa, bananas, sugar, tea and spices for a ravenous consumer base that bought over $4.7 billion so-labeled items globally in 2011.

The usually pricier foods are purchased with the understanding that it’s giving a fair wage to those who plant and cultivate them. However, what other notions are consumers harboring when they go home with these foods?

The halo effect is when other attributions are made on a subject that doesn’t belong, just because of another claim. For example, fair trade chocolate is sometimes up to 50 percent more expensive than its domestic competition. However, Schuldt found that people have also attributed another benefit to it – that it’s healthier, even though the chocolate company never made such claims.

“It’s important to keep in mind as a consumer what a claim really means and what it doesn’t,” Schuldt said. “Chocolate is still chocolate. It is still junk food.”

For more: Two Little Words, ‘Fair Trade,’ Can Turn Chocolate Healthier. Or Can They? Study by CSUN Professor Explores the ‘Halo Effect’ Good Deeds Have on Food