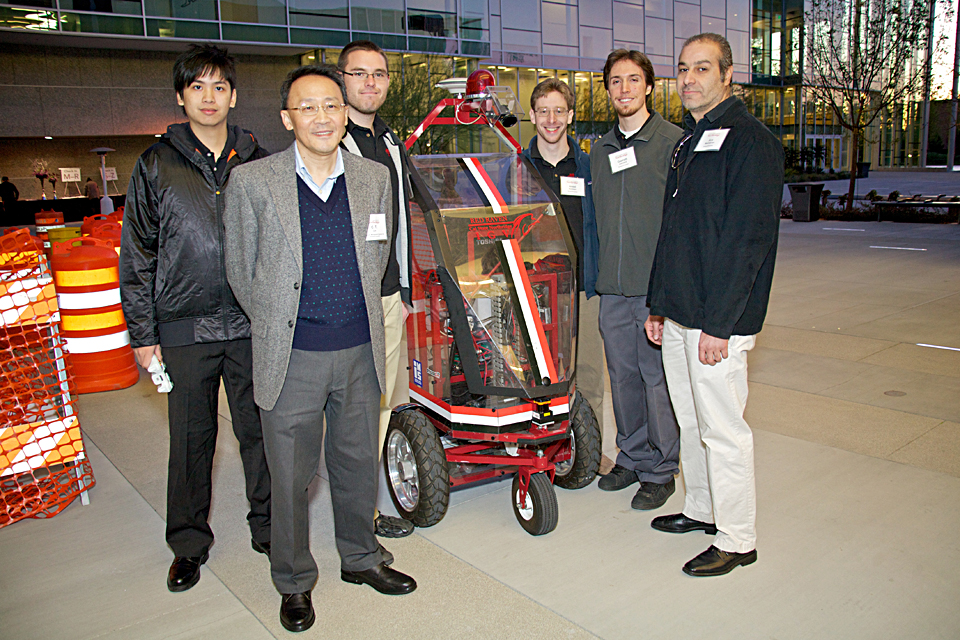 A magnificent robot created by CSUN engineering students and their faculty advisor C.T. Lin has earned quite a bit of recognition this year. The Red RAVEN (Robotic Autonomous Vehicle Engineered at Northridge), as it’s called, can do many things independently, whether it’s zipping through terrain or avoiding obstacles on its own.

The Science Channel recently caught up with the robotic project and featured Lin, who is a professor in CSUN’s Department of Mechanical Engineering and also teaches in the Tseng College’s Assistive Technology and Engineering (ATE) master’s degree program. The TV segment included a demonstration of Red RAVEN’s capabilities to navigate terrain. To do this, the robot uses sensors and an onboard laptop to drive through open paths and avoid obstructions on its own.