Every year, up to four California State University, Northridge students receive funds from the China Scholarship Council (CSC) to live and study in China for an entire year. The awards, funded by the Chinese government, cover all tuition and living expenses, allowing CSUN graduate and undergraduate students from any discipline the opportunity to experience a year in China. The deadline to apply for 2013-2014 awards is March 12.

Thirty-three CSUN students have received these prestigious awards in the past 12 years, the largest number from any school in California, according to Justine Zhixin Su, Ph.D., a CSUN professor of educational leadership and director of CSUN’s China Institute. 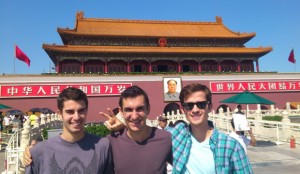 In 1999, one of Su’s former colleagues in the Chinese National Ministry of Education in Beijing came to Southern California to lead the Education Office in the Chinese Consulate General in Los Angeles. He informed Su about the China Scholarship Council program and helped CSUN with the early process of receiving awards for its students, who have studied at many of the top Chinese universities through this program.

Studying in China furthers students’ understanding of Chinese culture, language and traditions as well as their knowledge in whatever specialized area they are pursuing.  “All CSC Award recipients from CSUN consider the study program an amazing, life-changing experience that opens up opportunities for their personal enlightenment, global friendship and success in their academic studies and career development,” said Su.

“We hope that more CSUN students will participate in this wonderful program!” Su continued. “The most important requirement for the full scholarship is a passion to learn with an open mind.”

Andrew Javidi, who graduated from CSUN in 2012 with a bachelor’s in political science, is now pursuing graduate work at Renmin University of China in Beijing. He has improved his Mandarin through intensive language classes, viewed international affairs through a Chinese lens and has been able to experience a crucial time of change in China firsthand. “Living in Beijing during a time of political change (a new leadership was announced and inaugurated over the past few months) has been exciting to experience from within the country,” he said. “The experiences and knowledge I’ve gained over the past five months alone will serve me well in my future career.” 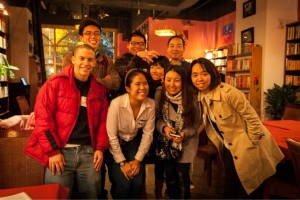 Javidi calls the China Scholarship the experience of a lifetime to live in what will arguably be the most important country of the next century.

Areeya Tivasuradej, who graduated from CSUN with a bachelor’s degree in geography in 2010, received two years of funding to study at Southwest Jiaotong University in Chengdu, Sichuan’s capital and a new economic hub of western China. Tivasuradej took Chinese language courses, worked on geographic information systems (GIS) projects with fellow students, co-taught some classes and also volunteered with a local environmental non-profit. “I gained new perspectives toward life, education, and the world that no college class could ever offer,” she said. 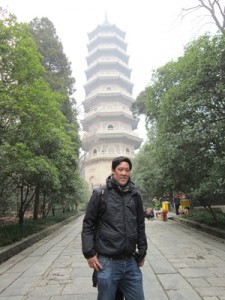 Dale Chang studied in China for two years and has stayed on to teach English.

Dale Chang, who received a teaching credential from CSUN in 2010, studied at Central China Normal University in Wuhan from 2010 to 2012 with CSC funding. He has since stayed on in China to teach English. Chang plans to eventually return to teach in Los Angeles and looks forward to sharing his experiences in China with his future students in Southern California.

“I would definitely encourage anybody interested to apply for this program,” he said. “The opportunity to live and study in China is truly an amazing experience.”

For more: Learn more about the China Scholarship Council and how to apply from CSUN’s China Institute.