Science is traditionally taught in American middle and high schools with a teacher standing up in front of a class and lecturing while students take notes and have little opportunity to conduct hands-on experiments or explore concepts and ideas in depth. 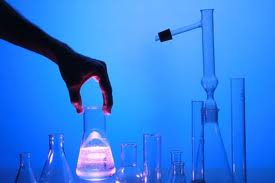 That will change if California State University, Northridge education professors Norman Herr and Brian Foley have their way. The pair have received a $100,000 grant from Hewlett Packard, their second grant from the company’s HP Catalyst Initiative in two years, for their Computer Supported Collaborative Science (CSCS) project, which hopes to change the classroom dynamic by giving students more collaborative experiences while at the same time exposing them to the “fun” that can be found in scientific exploration.

“There is a new set of scientific standards being adopted by most states nationwide,” said Herr, who teaches science education in CSUN’s Michael D. Eisner College of Education. “California has not officially adopted them yet, but most likely will do so in short order. A dimension of those standards talks about scientific and engineering practices, including reasoning, data analysis and interpretation.

“Traditional science education in middle and high school has focused on facts and conclusions,” Herr said. “The new standards have a major emphasis on understanding the process by which you come to those conclusions and then the skills necessary to get to that information to make those discoveries that can change lives.”

Herr and Foley are working with faculty in CSUN’s College of Science and Mathematics to change the way science is taught in schools. The team—which includes secondary education professor Mike Rivas, biology professor Virginia Vandergon, geology professors Matthew d’Alessio and Gerry Simila, physics professor Henk Postema and chemistry professor Dorothy Ngugen-Gratt—is working with teachers from middle and high schools in the San Fernando Valley to change the paradigm in the classroom. Students take a greater role in the educational process as they work together on a particular problem, pool and analyze their data, and collaborate on drawing their conclusions, often in a cloud environment.

Herr explained that in the new classroom dynamic, the emphasis is not on “whether your conclusion is right or wrong, but how you got there.”

“By comparing their data with others in their class, if the students get off track, they have the ability, without feeling they will be penalized, to go back, check their data and make corrections if they need to,” he said. “This process much more resembles what really happens in scientific research and at the same time really gives the students an opportunity to discover that scientific research isn’t all about right or wrong, but rather the process and that process can be fun.”

Two years ago, Herr and Foley’s project was one of about 45 universities around the world to receive funding, in CSUN’s case $150,000, as part of Hewlett Packard’s HP Catalyst Initiative, a global social innovation program designed to develop more effective approaches to science, technology, engineering and math (STEM) education.

Foley and Herr were invited earlier this year to apply for Round 2 of HP Catalyst Leadership awards. Only five universities of the original HP Catalyst Initiative awardees received Round 2 grants.

Through the HP Catalyst Initiative, Hewlett Packard has invested more than $10 million since 2010 and engaged with more than 55 educational institutions in 15 countries to further innovation in STEM education.

The HP Catalyst Initiative created five global consortia in 2010, each focusing on a specific theme focused on transforming STEM education. These “sandboxes” of innovation are developing new approaches to teacher preparation, online education and technology to measure learning outcomes and engagement with students in global, collaborative learning experiences. In 2011, an additional 14 organizations joined the consortia.

Herr said CSUN’s CSCS effort also is part of the California Science Project, a network of regional sites that collaborates with teachers and school and school district leaders to provide effective and high quality science instruction, when a special focus on the needs of English learners, students in poverty and students with low literacy.

“The ultimate goal is to change the pedagogy of how science is taught,” said Herr. “We need to engage students and help them realize that scientific and engineering practices are not boring. Science and engineering are not about lectures and memorization. They are about exploring, learning, asking questions and finding the answers. Sometimes your answers are right and sometimes they aren’t. The fun lies finding the answer.”