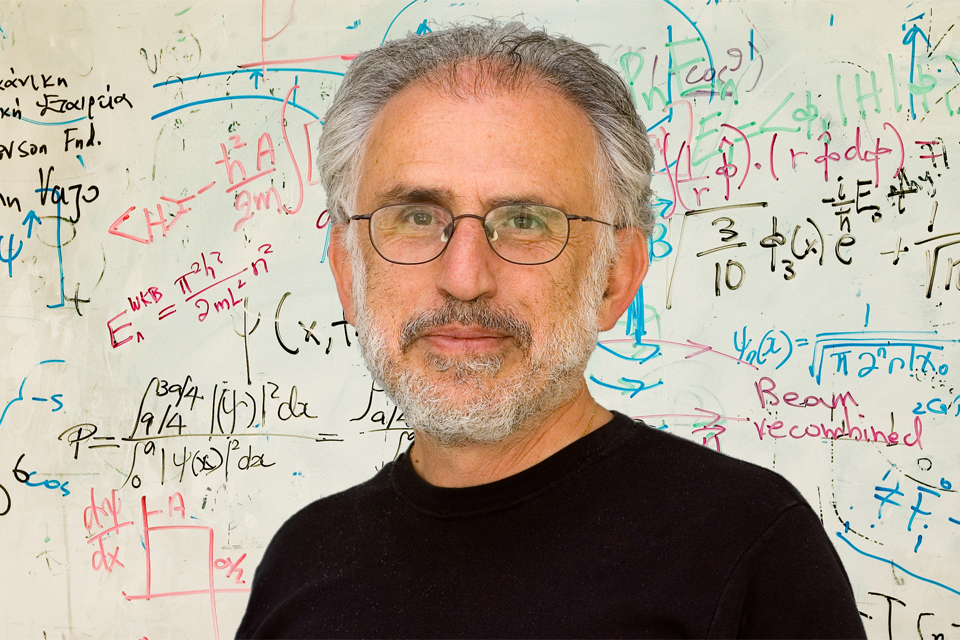 CSUN physics professor Nicholas Kioussis is part of a team of international researchers who have received a $18.5 million grant from the National Science Foundation to revolutionize nanoscale electromagnetic devices. Photo by Lee Choo.

The National Science Foundation (NSF) has given the go ahead to California State University, Northridge and four partner universities from around the world to create a new Engineering Research Center (ERC) that will focus on research that could revolutionize nanoscale, or microscopic, electromagnetic devices.

The NSF grant for $18.5 million over the next five years will fund the ERC, headquartered at UCLA, and support the collaboration of researchers from CSUN, UCLA, UC Berkeley, Cornell University and Switzerland’s ETH Zurich. These researchers will work together to develop highly efficient and powerful multiferroic-based electromagnetic systems—roughly the size of a biological cell—that can power a range of devices, from miniature consumer electronics and technologies important for national security and medicine to things yet imagined.

“This is a very new way of doing things,” said CSUN physics professor Nicholas Kioussis. “In many ways, the NSF grant brings together a ‘dream team’ of people, pioneers in the field of multiferroics who hope to create a new ‘Silicon Valley’ in the field of nanotechnology.”

Researchers with the NSF-funded Transnational Applications of Nanoscale Multiferroic Systems (TANMS) ERC will be working to replace traditional wire-based electronics with a revolutionary technique that couples electricity and magnetism by using multiferroic materials, materials that can be switched “on” and “off” by an electric field. The ERC’s researchers will be working with large and small businesses, particularly those in aerospace, electronic components and medical technology, to translate the new technology into commercial applications.

Kioussis is leading the CSUN effort in the project, which also involves contributions from physics professor Igor Beloborodov, whose research will focus on multiferroic nanocomposites, and mechanical engineering professor George Youssef, who will oversee the educational component. The grant also provides opportunities for local high school students and Cal State Northridge undergraduate and graduate students to take part in the research.

The CSUN researchers will be using quantum mechanical computational calculations to predict which materials are most likely to be successful in generating a new form of power to fuel devices so small they can only be seen with a microscope.

Current technologies rely on wire to conduct power, which can waste valuable energy when the wires overheat and slow down the electrical process. Consumers may be familiar with the problem when their smart phones slow down and overheat from too much use.

Kioussis and his colleagues are trying to determine what materials work best when you couple ferromagnets, which refer to materials in which the magnetic fields of the individual atom align, with ferroelectrics, substances that exhibit permanent electric polarization. If the right materials are brought together, you then create a new multiferroic material that can literally be used to turn “on” or “off” power in a microscopic device on demand, thus avoiding the energy waste associated with wires and providing opportunities to create even smaller and more powerful devices that can also retain more data if necessary.

Such new power sources can have yet-to-be-imagined applications in a variety of fields, from medicine and defense to consumer electronics, Kioussis said.

“They could be used in something so small that it could travel in someone’s veins and help doctors truly pinpoint what is wrong with a patient and give the doctors control in determining when and how to use the device and what data to gather,” he said.

“That business component of the grant is so important in helping us visualize and realize the possibilities of our research,” Kioussis said.

The grant also includes monies for researchers to create opportunities for including high school students and college undergraduates, as well as graduate students, in their work.

“The NSF is very concerned that we in the United States are not producing the next generation of scientific and technological entrepreneurs, and I share its concerns, ” Kioussis said. “That’s why George Yousef’s role is important. He will be overseeing a pipeline of young people, starting in high school, who will be working on this project. Who knows, perhaps by the time they graduate from college they will be the entrepreneurs who will take our research to the next level and start whole new industries.

“I think we can inspire a lot of young people to consider a future in science and technology,” Kioussis said. “That’s one of the most satisfying goals, for me, of the project. When I see a student who is more successful than me, I am proud. That’s our ultimate goal. We’re looking forward to the future, hoping to create new technologies, but also inspire a whole new generation of thinkers, scientists, engineers and entrepreneurs.”