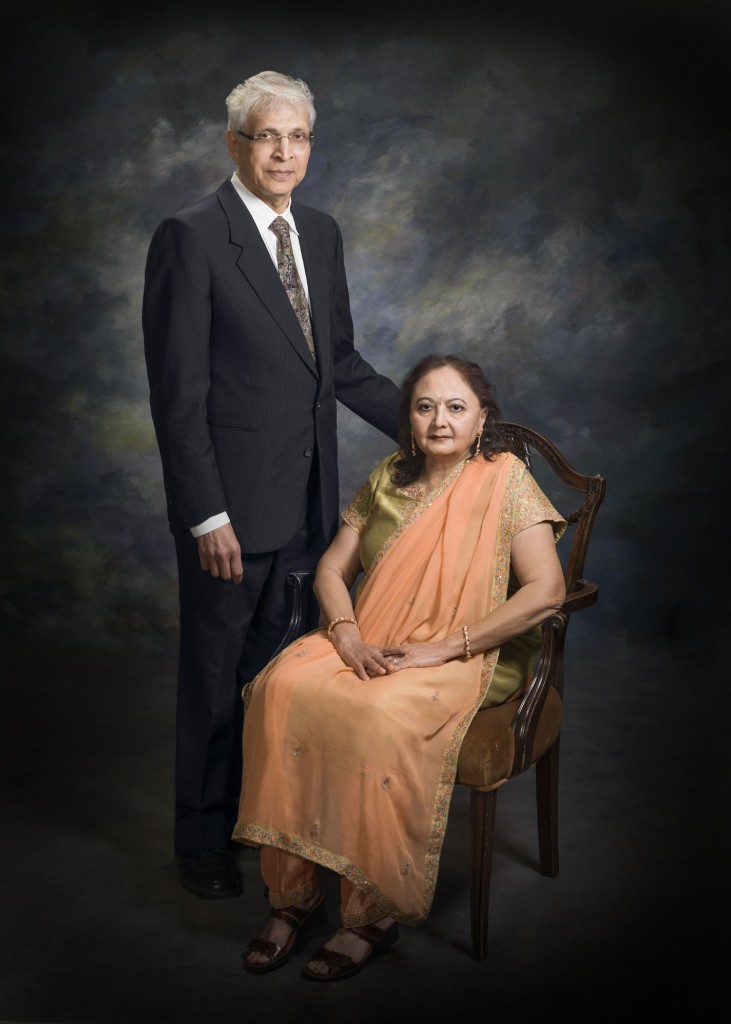 Exposure to a wide range of cultures and faiths is paramount to providing students with a well-rounded higher education, and to building an enlightened and inclusive society. With this shared objective, California State University, Northridge collaborated with Drs. Jasvant Modi and Meera Modi on their $800,000 gift to support the Bhagvan Ajitnath Endowed Professorship in Jain Studies in CSUN’s Department of Religious Studies, part of the College of Humanities.

The principal objective of the endowment is the creation and continued offering of courses on the fundamental principles of Jainism, one of three major religions of early India and, according to Dr. Jasvant Modi, one of the least known and understood.

“I was born in a Jain family, and I am proud of my heritage,” he said. “I want to spread knowledge of Jainism and its tenets of nonviolence, non-possessiveness and plurality. In academia, there was no curriculum available, and I felt that establishing a professorship would be a great way to go.”

The Modis’ commitment to higher education and Jain studies — including the burgeoning program at CSUN — was noted in a recent Los Angeles Times article on Jain studies.

While the Modis’ faith is deeply held, their connection to CSUN could be characterized as serendipitous. The couple already had established a Jain studies chair at the University of California at Irvine when, attending a luncheon for the Indian community, they found themselves seated at the same table with Phyllis K. Herman, a professor of religious studies at CSUN who specializes in South Asian religious traditions, and Suren Seropian, director of development for CSUN’s College of Humanities. As the conversation took off, the potential benefit to students of bringing Jain education to CSUN became apparent. Many conversations and meetings later, an agreement was reached.

“CSUN plays a vital role in upholding the values of an equitable and inclusive society, exposing students to a wide range of ideas, cultures and opportunities for growth,” said CSUN President Erika D. Beck. “Students must be able to work in a globalized world, and this gift for Jain studies from the Modis allows us to expand our cultural curriculum to better equip our students to thrive.”

“This generous gift from the Modi family enables the Department of Religious Studies to continue to offer a curriculum that explores the diversity of the world’s religions in their historical and contemporary contexts,” added Jackie Stallcup, interim dean of the College of Humanities.

The successful candidate for the Bhagvan Ajitnath Endowed Professorship in Jain Studies will teach courses on the religions of Southeast Asia, with a special focus on Jainism.

“As one of the world’s oldest religions, the study of Jainism is a part of the religious studies curriculum,” said Mustafa Ruzgar, chair of the Department of Religious Studies. “This endowed professorship allows for a deeper exploration of this ancient religion and the ways it has shaped culture and history.”

The Modis’ hope is to create opportunities for more people to learn about the philosophy and teachings of Jainism.

“CSUN depends upon the generosity of individuals to volunteer and give,” said Robert Gunsalus, vice president for University Relations and Advancement and president of the CSUN Foundation. “We hope that the outstanding generosity of the Modis will encourage others to follow in their footsteps to have an uplifting effect on CSUN students and the community.”

Among the Modis’ goals with their generous gift is to set an example for the Jain community, much of which is concentrated in parts of the San Fernando Valley.

“I hope this gift will inspire others to come forward with their time, ideas and money to preserve and advance this heritage,” Jasvant Modi said. “CSUN has a reputation of producing great teachers. And, our world needs more Gandhis, Nelson Mandelas and Martin Luther Kings.”