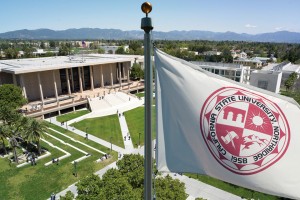 The Western Association of Schools and Colleges noted recently during its reaccreditation process that CSUN was “a model learning organization.” We couldn’t agree more.

The reaccreditation means that the independent reviewers from the WASC looked over every aspect of Northridge’s academic cannon and saw fit to give it another 10 years of its stamp of approval, the maximum allowed.

The process itself took almost five years and included an extensive self-evaluation of Cal State Northridge by university faculty, staff and administrators; a campus visit by a WASC evaluation team; and then consideration of the team’s recommendation by the commission, led by its president, Ralph A. Wolff.

“The commission commends CSUN for becoming a model learning organization characterized by collaborative and evidence-based planning, decision making and problem solving,” Wolff wrote in a letter that accompanied the letter of accreditation.

“Among its accomplishments during this review are its financial foresight and commitment to investing in critical functions finding efficiencies and allocating funds effectively, and its deep understanding of the characteristics and needs of CSUN students, which has led to programs and activities that promote student success,” Wolff said. “As noted by the team, ‘the foundation at CSUN could not be stronger.’”