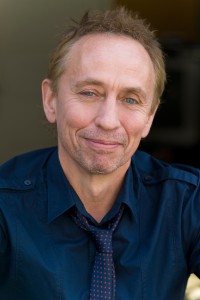 Regarded as an ultimate “tastemaker” in music, Harcourt, who will make the transition on Monday, Oct. 15, is widely credited with launching the careers of Adele, Coldplay, The Black Keys, M.I.A., Norah Jones, Florence and The Machine, Arcade Fire and countless others.

“Music on Los Angeles morning radio is in an increasingly dismal state and I want to bring something fresh and original to the airwaves,” said Harcourt. “There’s so much great music being made today, and very little of it gets heard on the radio.

“I don’t do anything half-heartedly, so I am all in and excited about KCSN’s future,” he added. “I will, however, have to get a heavy-duty coffee underwriter to keep me going every morning from 6 to 11!”

Sky Daniels, KCSN’s general manager and program director, said Harcourt is a welcomed addition to the station’s morning line up. Harcourt, a former music director and host at KCRW/Los Angeles, has been hosting a three-hour show on Saturdays on KCSN called “Connections with Nic Harcourt.”

“Nic has established a strong, international reputation in music,” Daniels said. “We are thrilled that he seeks to re-invent himself at 88.5 KCSN with a show that will reveal a broader scope of his musical awareness, integrating the best new music with the powerful legacy acts of Los Angeles radio.”

Music writer Mark Weingarten has described Harcourt as “the most influential DJ in America,” while The New York Times has called him “the country’s most important disc jockey.” The Wall Street Journal has said “Harcourt hosts the most interesting and influential radio shows in the U.S.”

In addition to his work with KCSN and KCRW, Harcourt has served as music and culture editor for the Los Angeles Times Magazine and was MTV’s first music supervisor in residence. He is also host of DirecTV’s “Guitar Center Sessions,” which blends interviews with live performances.

“Mark was the driving force behind Indie 103.1’s musical curation,” Daniels said. “He brings vast knowledge of the local music scene, cutting-edge artists and all-time greats. KCSN continues to be a platform dedicated to both music discovery and respect for legendary artists. Mark shares this commitment.”

“I am excited to be working with Nic Harcourt and the rest of the KCSN air staff to help bring quality music to Southern California,” he said. “True music fans in L.A. have a home on the radio again. I’m ecstatic to be a part of it.”

As a service of California State University, Northridge, KCSN offers a 24-hour, commercial blend of rock, Alternative, soul, blues and Americana, featuring a wide range of artists such as Adele, Bruce Springsteen, Mumford & Sons, Arcade Fire, Jackson Browne and Bon Iver. The station’s programming is also available on the station’s HD1 channel and online at KCSN.org.