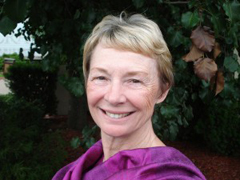 Mary J. Schaefer, professor of cinema and television arts, already knows that her luck in Las Vegas is going to be good. That’s because during the Broadcast Education Association’s next annual conference, being held in Vegas, she will be named its next VP for academic relations.

The BEA is a group that joins professors, industry professionals and graduate students who are interested in teaching and research related to electronic media and multimedia enterprises. Schafer’s role will be to represent the interests of university and college faculty and their students on the association’s board

“I am proud to represent the interests of my colleagues from around the world in the areas of broadcasting, film and new media,” Schaffer said. “As curriculum at universities change as new media emerges and the roles television and film play in our lives continue to evolve, BEA has been at the forefront of keeping faculty and industry professionals abreast of the latest information.”