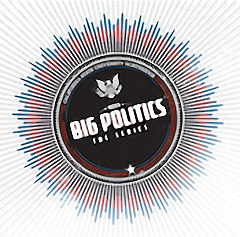 CSUN is going to be the nexus of the 30th Congressional District race on Apr. 30. That’s because the campus’ Associated Students is kicking off their “Big Politics – The Series” set of debates with a group vying to become congressperson of the San Fernando Valley’s newest district.

The foursome — Democratic Congressmen Howard Berman and Brad Sherman, and Republicans Mark Reed and Susan Shelly –– are looking to make their mark after a severe redistricting changed the congressional landscape. Berman had been the 27th district’s congressman and Sherman represented the 28th. Before moving up to the San Fernando Valley, the 30th district was located in West Los Angeles.

Associated Students is looking to the set of debates to inform CSUN students and community members about issues that effect the region and encourage them to participate in the political process.

“Our goal is to educate people on how important the political process is and hopefully help them become more aware and engaged in the issues that affect them,” said Associated Students President Amanda Flavin.

“We also want to underscore the important role the university plays in the region and remind the community that we need to hold our elected officials accountable for their actions on issues that affect us.”

The debate will be moderated by Cal State Northridge alumnus and KFI Radio host Bill Handel.