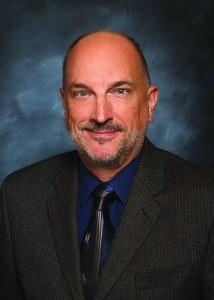 Computer science professor Steven Stepanek considers CSUN his second home. After earning his undergraduate and graduate degrees from the university, Stepanek ’74 (Mathematics), M.S. ’80 (Computer Science) has dedicated more than 40 years to leading the institution in numerous staff and faculty roles. In fact, his unique perspective as both a CSUN alumnus and educator has shaped his commitment to giving back to the university he loves.

“I was a student here and I received financial aid,” said Stepanek, who established the Trustee Steven G. Stepanek Scholarship Endowment to support an undergraduate student in a computing major within the Department of Computer Science. As a member of the CSUN Heritage Society, Stepanek also included CSUN in his planned gift to establish additional scholarships.

“Over 70% of all the students on our campus are receiving some level of financial aid,” he said. “Many of them are first-generation college students, and they have a thirst for education. They’re trying to better themselves, and I applaud that.”

Stepanek, who first joined the Department of Computer Science as a lecturer in 1976, has served as CSUN Faculty President and a member of the CSU statewide Academic Senate, and he was the first CSUN faculty member appointed to the CSU Board of Trustees. In addition, he served as chair of the computer science department for 15 years (from 1999-2014) — a role that inspired him to establish another fund, the Trustee Steven G. Stepanek Computer Science Fund, as part of his planned gift.

“We don’t receive sufficient state support funds to do all the things we want to do in computer science,” Stepanek said. “This discretionary fund can be used by the department for new lab equipment and faculty computer upgrades, as well as on travel and other needs. Having been a department chair, I trust that the funds will be used in an appropriate fashion.

“CSUN provided me an affordable path to a four-year degree and played an important role in launching me into the computing profession and providing me with early opportunities to explore being a university instructor,” he continued. “Computing is my profession, but teaching in higher education is my passion.”