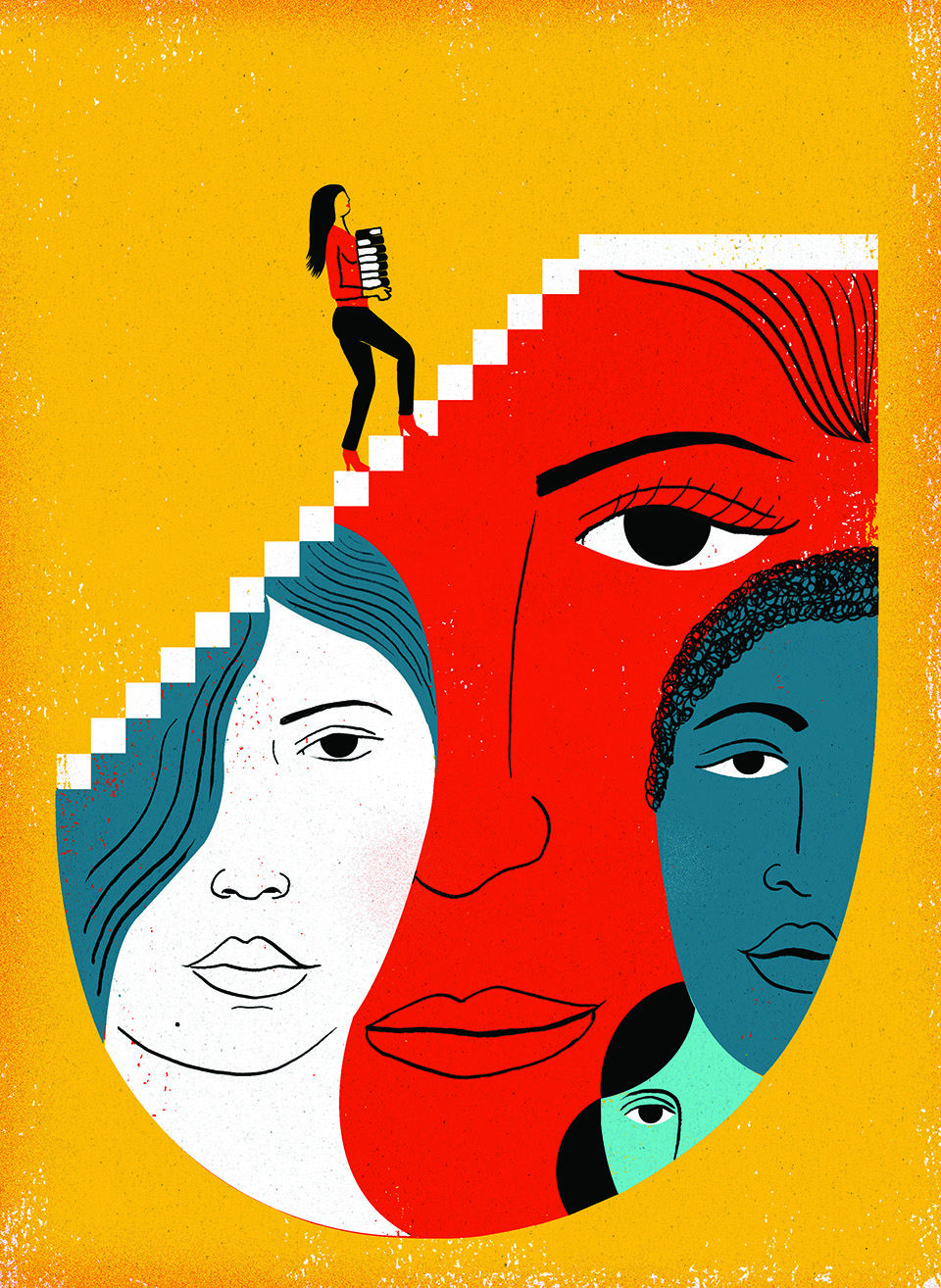 Growing up in Fillmore, a small town in Ventura County, Albert Martinez had no dreams of success, let alone college. A ward of the court, he’d been removed from his family home after serving jail time. Later, as a young adult, Martinez struggled with financial problems and self-doubt.

“I felt like it was my fault,” Martinez said. “I realized that just because you turn into an adult doesn’t mean that your struggles end. My family situation wasn’t the greatest, so I didn’t have anyone to rely on besides my fiancée and myself. There were so many times I was close to giving up. It’s so much easier to just give up, because I’ve done that all my life.”

A turning point came in his 30s when Martinez enrolled at Pierce College where he learned about CSUN’s acclaimed Educational Opportunity Program (EOP) and later, its special program for former foster youth, The Milt and Debbie Valera EOP Resilient Scholars Program.

“The program is more than a community, it’s like a family to me,” Martinez said. “Everybody’s so positive — it had such a huge impact on me. EOP and especially the Valera Resilient Scholars, they validate everybody. They see the humanity and the good in everybody. I’ve never seen anything else like the family they created. Yes, they offer services, but it’s the genuine caring.

“Being former foster youth, we carry a lot of stuff,” he said. “I’m 39, and I still feel unstable at times. I doubted myself a lot. I wasn’t sure what I wanted to do, or what I could do.” 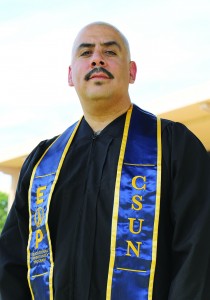 EOP alum Albert Martinez completed his B.A. in Chicana/o studies, and he is studying in the department’s master’s program.

A transfer student, Martinez fell in love with Chicana/o studies at CSUN, taking several courses and selecting it as his major. In May 2020, he graduated with his Bachelor of Arts in Chicana/o studies, and he enrolled in the department’s master’s program. And this spring, Martinez took another giant leap forward when Campus Compact — a Boston-based nonprofit working to advance the public purposes of higher education — announced Martinez as one of the 212 students who will make up the 2021 cohort of Newman Civic Fellows. The one-year fellowship emphasizes personal, professional and civic growth.

In fall 2020, alumnus and notary pioneer Milt Valera ’68 (Journalism) and his wife, Debbie, committed more than $11 million for programs across the CSUN campus, including The Milt and Debbie Valera EOP Resilient Scholars Program (for more, see Giving story). The Valeras’ gift creates an endowment and scholarship for the program, which provides a safety net for college students who grew up in the foster care system.

“Our students face obstacles on a daily basis, and having the ability to remove some of them will have a great impact in our students’ lives,” said EOP Director Shiva Parsa, who has worked in the program since 1989.

EOP provides admission and academic assistance to eligible undergraduate students, including recruitment and counseling for high school students throughout the region. In many cases, the program offers financial assistance. Students are placed within a community of mentors and receive counseling, tutoring and academic advisement. CSUN EOP was one of the CSU’s first and has grown into one of the largest and most respected programs in the nation.

Tony Tong grew up in foster care in East Los Angeles, and he applied to CSUN through EOP. A first-generation college student, Tong said he was unaware of the Valera Resilient Scholars Program until he participated in EOP’s Summer Bridge program and learned about the wealth of resources available through EOP.

“I hadn’t really told anyone I had been a foster youth — I didn’t feel comfortable,” he said. When the time came to move out of campus dorms at the end of his freshman year, Tong said, he began to panic. “I didn’t really have anywhere to go. I was freaking out, trying to figure out how to continue at CSUN.”

He turned to the Valera Resilient Scholars Program, where staff helped connect him with stable housing.

Like Martinez, Tong credited EOP staff like Jina Gonzalez with guiding him and providing the resources and moral support to push him toward graduation. Gonzalez, a daughter of immigrant farmworkers, understands their journey — an alumna herself, Gonzalez enrolled as a freshman in the EOP Summer Bridge program in 1986.

A computer science major, Tong graduated with his bachelor’s degree in May.

“Because of all their pep talks and our social gatherings, it created a support network for me that most foster youth don’t really have,” Tong said. “I’m really fortunate that I got to meet such great people through this program. It’s something that’s really needed, and I hope it will only continue to grow as more foster youth come to CSUN.”

After graduation, Tong said, he’s hoping to land an entry-level job in user interface/user experience software development. Inspired by an accessibility competition in which he participated with his computer science classmates, he hopes to become a software engineer for a firm like Northrop Grumman.

As for Martinez, when he completes his master’s degree in Chicana/o studies, he dreams of writing a book and teaching Chicana/o studies at a community college like Pierce, where he started his higher education journey. He found inspiration in his work on the CSUN EOP outreach team, which gives presentations about the Valera Resilient Scholars Program to foster youth and former foster youth throughout the area.

“I would like to thank the Valera family for their amazing generosity. I know there are a lot of youth growing up like me who need to know that they have value — people of color facing the same experiences that I did,” Martinez said. “I want to help empower students who need empowerment, to reassure them that foster care and those experiences don’t have to define us.” 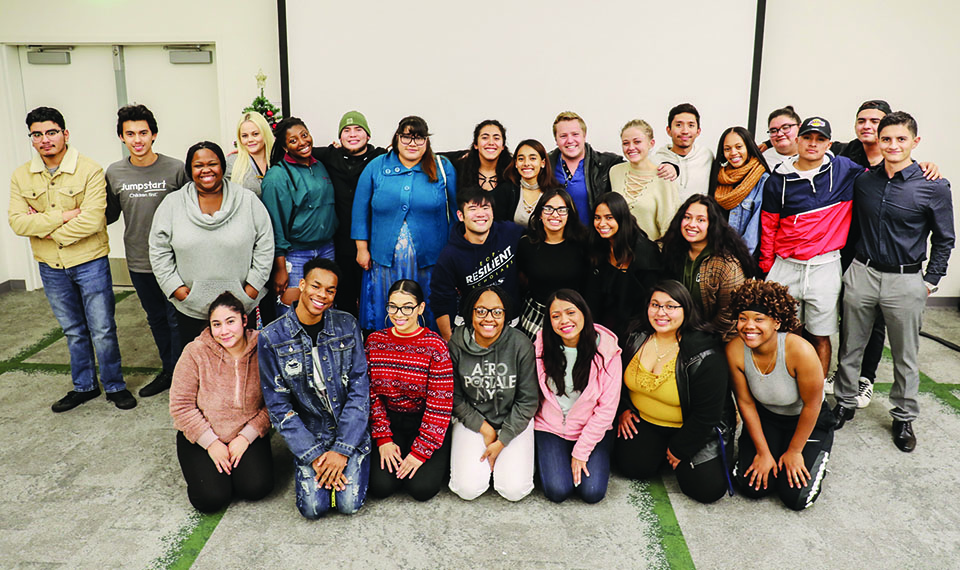 The Milt and Debbie Valera EOP Resilient Scholars Program provides former foster youth with mentorship, tutoring and academic advisement, as well as a support network and social gatherings that empower students on their path to graduation.